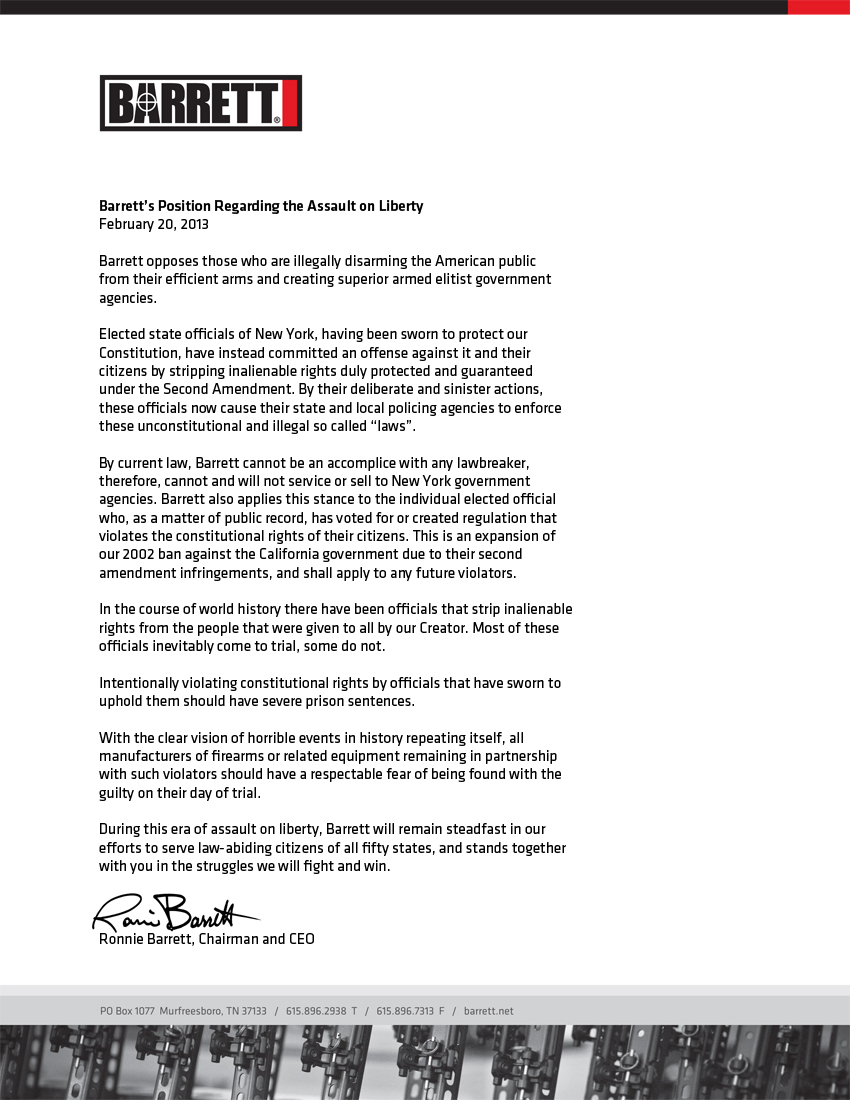 Barrett’s Position Regarding the Assault on Liberty
February 20, 2013
Barrett opposes those who are illegally disarming the American public from their efficient arms and creating superior armed elitist government agencies.
Elected state officials of New York, having been sworn to protect our Constitution, have instead committed an offense against it and their citizens by stripping inalienable rights duly protected and guaranteed under the Second Amendment. By their deliberate and sinister actions, these officials now cause their state and local policing agencies to enforce these unconstitutional and illegal so called “laws”.
By current law, Barrett cannot be an accomplice with any lawbreaker, therefore, cannot and will not service or sell to New York government agencies. Barrett also applies this stance to the individual elected official who, as a matter of public record, has voted for or created regulation that violates the constitutional rights of their citizens. This is an expansion of our 2002 ban against the California government due to their second amendment infringements, and shall apply to any future violators.
In the course of world history there have been officials that strip inalienable rights from the people that were given to all by our Creator. Most of these officials inevitably come to trial, some do not.
Intentionally violating constitutional rights by officials that have sworn to uphold them should have severe prison sentences.
With the clear vision of horrible events in history repeating itself, all manufacturers of firearms or related equipment remaining in partnership with such violators should have a respectable fear of being found with the guilty on their day of trial.
During this era of assault on liberty, Barrett will remain steadfast in our efforts to serve law-abiding citizens of all fifty states, and stands together with you in the struggles we will fight and win.
Ronnie Barrett
Chairman and CEO