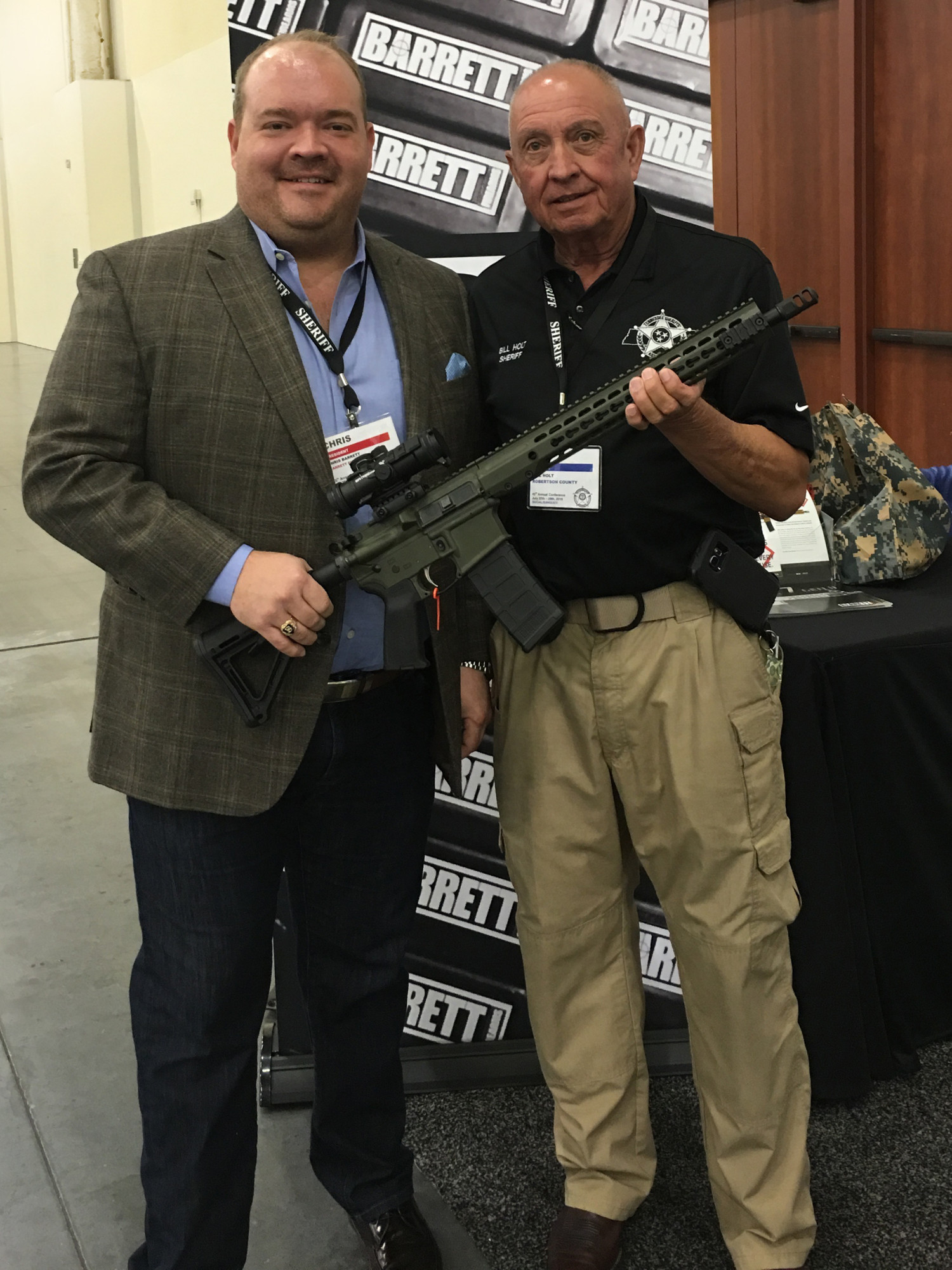 “When the Barrett story is told, folks usually talk about the civilian shooters and militaries around the world that have chosen Barrett long-range precision rifles for more than three decades. Less-often mentioned is my father’s background as a county sheriff’s deputy, our 5.56 carbines and rifles, and the countless law enforcement agencies that choose Barrett. We want to highlight that legacy and show our strong support for law enforcement by donating these Barrett REC7 DI rifles to the sheriffs in our state,” Mr. Barrett said during remarks at the conference.

“As lifelong Tennesseans and builders of the Barrett Model 82A1/M107, the ‘Official State Rifle of the State of Tennessee,’ we are proud to build every one of these rifles in Tennessee. We believe that the sheriffs can use these rifles as they enforce the laws around this great state.”