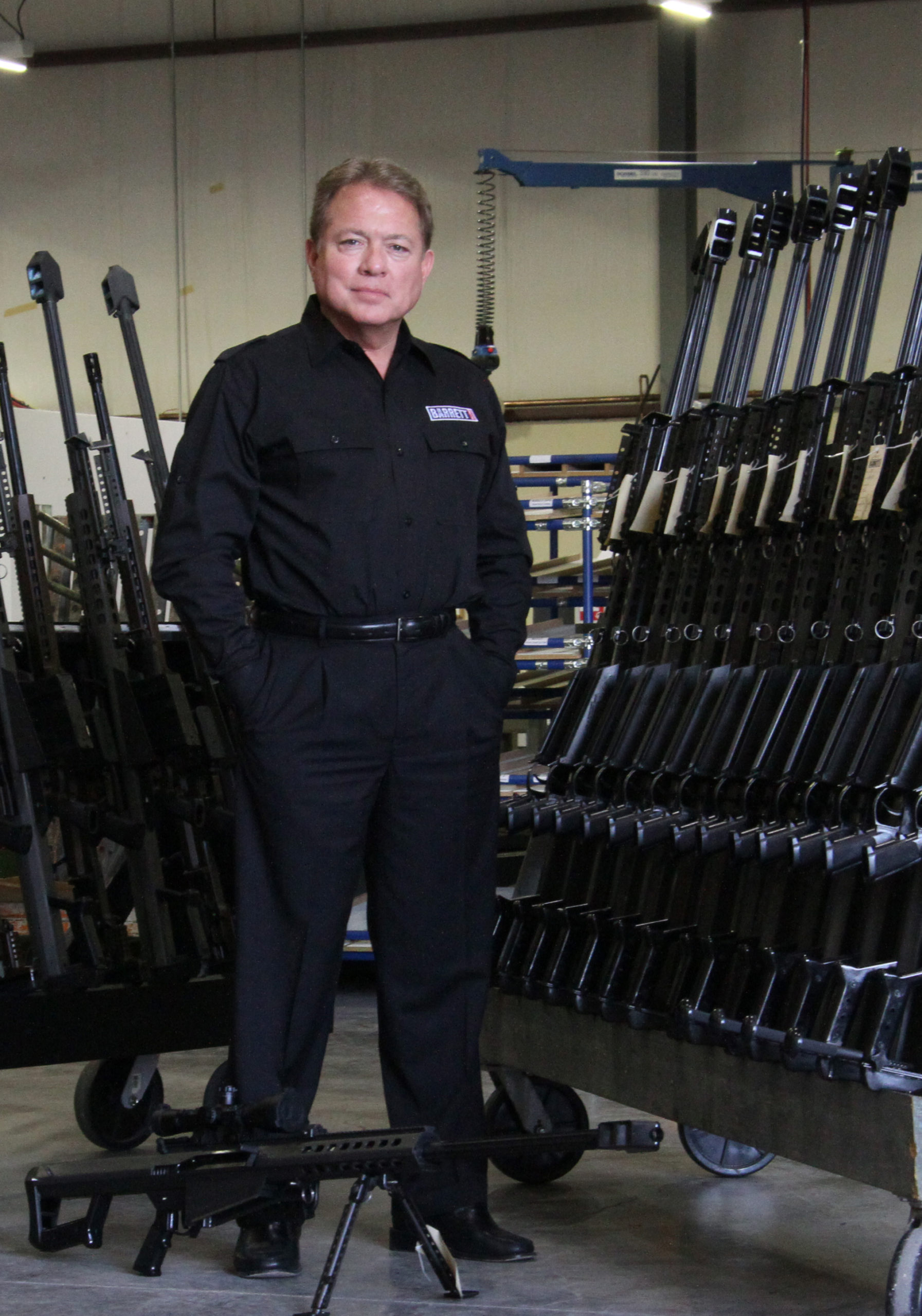 The Tennessee General Assembly passed a resolution this week making the Barrett Model 82/M107 Tennessee’s official state rifle. This designation follows numerous accolades the company has received over the years for its innovation and ingenuity for a range of firearms produced at its plant and headquarters in Murfreesboro, Tennessee.

“We are honored by the resolution and proud to have our rifle officially recognized within our home state,” said Chris Barrett, president of Barrett Firearms. “For more than 32 years, we have been committed to innovation in the firearms industry while maintaining the highest standards for precision and reliability.”

Micah Van Huss, an appreciative U.S. Marine that used the weapon in combat and is now member of the Tennessee House of Representatives, initiated the State action. (To view the resolution, go to http://www.capitol.tn.gov/Bills/109/Bill/HJR0231.pdf).

The Barrett Rifle is a true Tennessee success story: A rifle born from sketches hand-drawn at a dining room table by then twenty-six-year-old photographer, who was born, raised, and educated in Tennessee with no design training or experience. The firearm design considered impossible at the time was a shoulder-fired semi-automatic .50 caliber rifle. Using sketches of
his design, Ronnie worked in a one bay garage with a tool-and-die maker to build the first prototype.

Today, Ronnie Barrett is one of only four people in the past 100 years to invent a rifle type classified and adopted for use by the United States military. The M107 was recognized, in a ceremony in Washington, D.C., by the Office of the Chief of Staff of the United States Army as one of the “top ten greatest inventions” for its service.

Barrett now manufactures eight distinct models of rifles and has recently launched a new line of shotguns under the Barrett Sovereign brand. In addition to the Model 82 rifle, Barrett’s MRAD rifle was named the 2012 “Rifle of the Year” by Shooting Illustrated magazine. Barrett is a family-owned and operated company and the world leader in large-caliber rifle design and manufacturing. Barrett products are used by civilians, sport shooters, law enforcement agencies, the United States military and more than 73 State Department approved countries across the world.