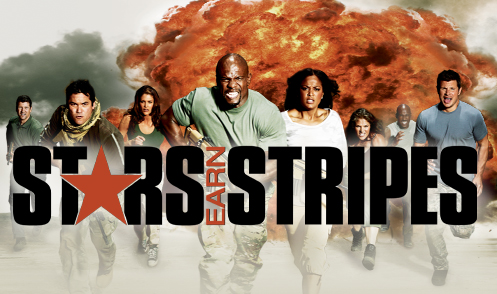 The MRAD and REC7 rifles will be featured in six episodes (Aug. 13, 20, 27 & Sept. 3) of NBC’s “Stars Earn Stripes,” the new reality series where eight celebrities will face the challenges of real American Heroes. Premieres tonight at 8/7c.

In this fast-paced competition, the eight celebrities will gather at a remote training facility where they will be challenged to execute complicated missions inspired by real military exercises. From helicopter drops into water to long-range weapons fire, the contestants will be tested physically, mentally and emotionally. Each will be paired with a special operative from a military branch or one of our first-responder forces, including former U.S. Army Delta Force and Green Berets, U.S. Navy SEALS, U.S. Marines and police officers, who train alongside their partners and compete in the missions with them. Each of the teams is competing for a cash prize on behalf of a military, veterans or first-responder charity.

Committed to hiring recent vets on the crew, “Stars Earn Stripes” hopes to inspire other employers throughout the country to make similar commitments to our returning heroes to show audiences just how incredible these heroes’ missions really are.